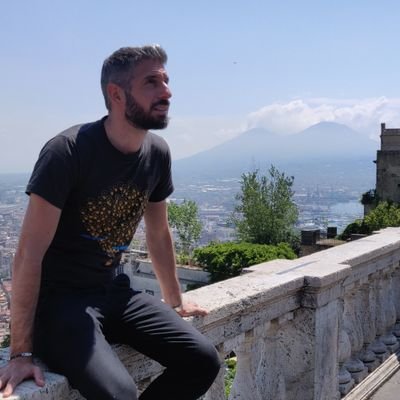 At Deepmind I have been progressively more interested in reinforcement learning on real robots. I have gained experience with the problems underling the application of deep neural networks at scale in the field of robotics. This new line of research have produced relevant publications in the area of:

In this research investigation, we introduce Relative Entropy Q-Learning (REQ), a simple policy iteration algorithm that combines ideas from successful offline and conventional RL algorithms. It represents the optimal policy via importance sampling from a learned prior and is well-suited to take advantage of mixed data distributions. We demonstrate experimentally that REQ outperforms several strong baselines on robotic manipulation tasks for which sub-optimal experts are available. We show how suboptimal experts can be constructed effectively by composing simple waypoint tracking controllers, and we also show how learned primitives can be combined with waypoint controllers to obtain reference behaviours to bootstrap a complex manipulation task on a simulated bimanual robot with human-like hands.

In this work, we learn a latent state representation implicitly with deep reinforcement learning in simulation, and then adapt it to the real domain using unlabelled real robot data. We propose to do so by optimising sequence-based self-supervised objectives. These exploit the temporal nature of robot experience, and can be common in both the simulated and real domains, without assuming any alignment of underlying states in simulated and unlabelled real images. We propose Contrastive Forward Dynamics loss, which combines dynamics model learning with time-contrastive techniques.

In this work, We use reinforcement learning to efficiently optimise the mapping from states to generalised forces over a discounted infinite horizon. We show that using only minutes of real world data improves the sim-to-real control policy transfer. We demonstrate the feasibility of our approach by validating it on a non-prehensile manipulation task on the Sawyer robot.

Learning real-world tasks with minimal prior

This research activity presents a method for fast training of vision based control policies on real robots. The key idea behind our method is to perform multi-task Reinforcement Learning with auxiliary tasks that differ not only in the reward to be optimised but also in the state-space in which they operate. In particular, we allow auxiliary task policies to utilise task features that are available only at training-time. This allows for fast learning of auxiliary policies, which subsequently generate good data for training the main, vision-based control policies.

We propose a challenging, highly under-actuated peg-in-hole task with a free, rotational asymmetrical peg, requiring a broad range of manipulation skills. While correct peg (re-)orientation is a requirement for successful insertion, there is no reward associated with it. Hence an agent needs to understand this pre-condition and learn the skill to fulfill it. The final insertion reward is sparse, allowing freedom in the solution and leading to complex emerging behaviour not envisioned during the task design.

This research activity concerns the control of the iCub whole-body posture in situations which involve breaking and establishing contacts. At present, this research benefits of recent results in force/torques sensor calibration, proof of stability of inverse dynamic control approaches.

This research activity concerns the problem of modeling the whole-body dynamics of an articulated rigid-body structure. Focus is on computational efficiency which is obtained by implementing state-of-the-art inverse and forward dynamics algorithms (Featherstone 2007). This research activity includes the iCub simulations which include available (e.g. Gazebo) and custom (e.g. mex-wholebodymodel) open-source software